An inseparable component of international space exploration and exploitation programs is space robotics, ranging from space manipulators to planetary rovers, and typically being constrained, mobile and flexible. Such multidisciplinary systems ought to reliably perform operations in hostile outer space environments to accomplish space missions. Autonomy is particularly essential for future space robotics, since they must collaboratively operate millions of miles away from the Earth, in partially understood environments, while dealing with disturbances, communication delays, and fast, complex and frequent missions, all of which render teleoperation impractical. In addition to advanced technologies, novel intelligent Guidance, Navigation and Control (GN&C) methodologies, capable of capturing unique characteristics of space robotic systems, should thus be in place to enable their long-term and reliable autonomous performance.

As an alternative approach, in this talk we review the role of geometric mechanics in the analysis and autonomous control of space robotic systems with the application in the future space missions. These applications range from asteroid sampling to planetary exploration missions, where autonomy is one of the key features. Due to their mobility, space robotic systems normally have unactuated and constrained degrees of freedom with highly nonlinear coupling effects. Nevertheless, they are inherently symmetric from a geometric perspective. To study this symmetry, we first introduce a group theoretic categorization of joints that leads to a generalized product of exponentials formula for the kinematics of multibody systems with multi-degree-of-freedom and nonholonomic joints. We then employ tools in geometric mechanics to propose a unifying approach to the dynamical reduction of free-base and nonholonomic multibody systems with symmetry. As the result, a nonlinear output-tracking control law is derived in the reduced phase space that exponentially stabilizes any feasible trajectory.

In the second part of this talk, the mission and vision of the Autonomous Space Robotics and Mechatronics Laboratory (ASRoM-Lab) at Carleton University will be introduced. At this research lab we develop concepts, algorithms, theories and methodologies for the long-term, reliable autonomy of the robotic and mechatronic systems that will be deployed in the next-generation space missions. More specifically, we will focus on the contributions of ASRoM-Lab on on-orbit servicing, extraplanetary exploration and deep-space exploration programs. 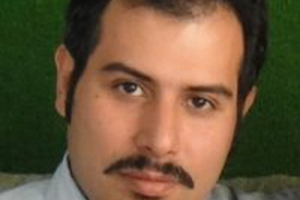