In this presentation, we review some recent research work on blockchain incentive design and moving target defense (MTD) strategy selection. In the first part, we introduce Algorand, an open-source public or permissionless blockchain system that employs a novel proof-of-stake byzantine consensus protocol to efficiently scale the distributed transaction agreement problem to billions of users. Despite its promise, one relatively under-studied aspect of this protocol has been the incentive compatibility of its reward sharing approach, without which cooperation cannot be guaranteed, and the protocol will fail in a practical environment comprising of rational users. We review and address this problem by modeling the participation costs and rewards received within a strategic interaction scenario. Specifically, on analyzing this model, we observed that cooperation under the currently proposed reward sharing approach is not a Nash equilibrium. In the second part, we address the Stealthy Link Flooding Attack (SLFA), which is a variant of DDoS attacks that strives to block access to a target area by flooding a small set of links, and it is shown that it can bypass traditional DDoS defense mechanisms. One potential solution to tackle such SLFAs is to apply Moving Target Defense (MTD) techniques in which network settings are dynamically changed to confuse/deceive attackers, thus making it highly expensive to launch a successful attack. However, since MTD comes with some overhead to the network, to find the best strategy (i.e., when and/or to what extent) of applying it has been a major challenge. The strategy is significantly influenced by the attacker's behavior that is often difficult to guess. In this talk, we address the challenge of obtaining the optimal MTD strategy that effectively mitigates SLFAs while incurs a minimal overhead. 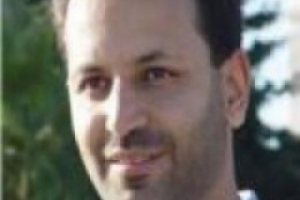